She is confident in herself and kicks insecurities in the butt

Tina knows that she’s great and she won’t let anybody tell her differently (except maybe Louise.) She doesn’t listen to other people about how she should look and is proud of who she is.

Although she is open about her sexuality, she doesn’t depend on love

Tina is tired of being told her own strength, she’s empowered and she’s not afraid to share it.

She doesn’t wait around for boys to make the first move, She isn’t shy when talking to people she’s interested in, she’ll happily tell them how she feels and THAT IS OK.

She’s accepting of everybody. 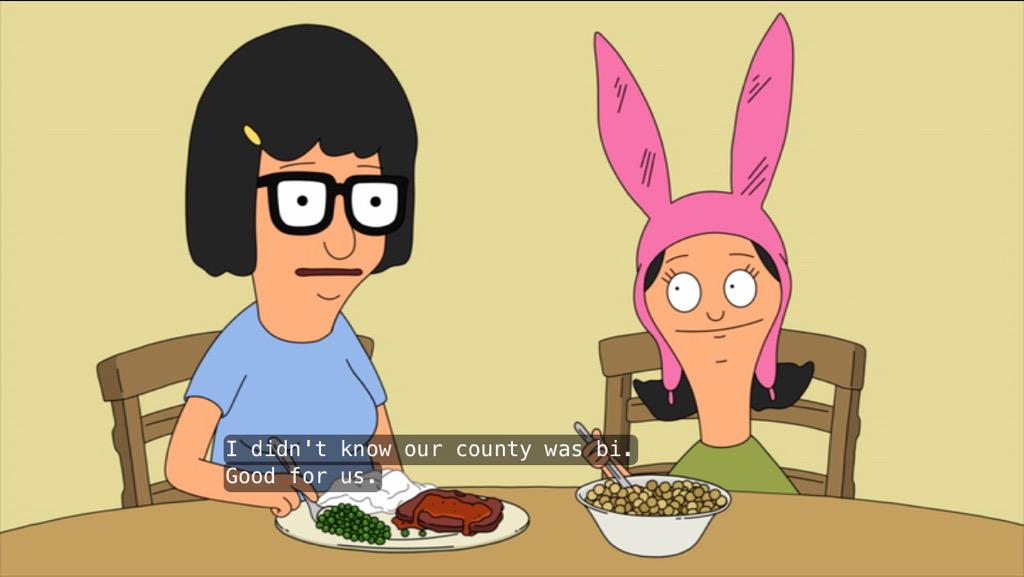 She doesn’t judge people, even if they’re being a real boob-punch.

She’s proud of her hobbies and interests. She’s honest about her love of butts.

I think it would be good for us all if we openly shared our love for the great and mysterious body part that is the buttocks.

She knows that being smart is not a bad quality.

One thought on “Tina Belcher is the best adolescent TV character in history and here is why.”

This site uses Akismet to reduce spam. Learn how your comment data is processed.